This Apple Scab fungal disease - Venturia inaequalis - does much more harm than is generally realised, for it affects the health of the whole tree. But apple trees are often neglected. They are simply admired for their blossom in the spring and again for their fruit in late summer. It is little wonder that apple scab disease is allowed to take hold, for it also affects the tree bark and foliage before being noticed on the fruit at or just before harvest time.

Whilst the weather and general climate plays an important part in the spread of the disease, poor or careless care is also a factor. The appearance of scabs, brown spots or cracks in the fruit, are often the first signs for many gardeners - judging from my mailbox at this time of year. However, the fungal spores have probably been present on or around the apple tree since the previous winter. The fungal spores are not visible to the human eye, so it is generally a case if out of sight, out of mind!

Apple fruit scab disease first visualises as small imperfections on the leaves well before fruiting time. Small pale coloured spots and bumps appear on the leaves in mid to late summer. As time progresses these spots turn to a greeny brown, or light brow. This results in brown spots of the leaves and also upon closer inspection, blistering of the smaller twigs or fruit trusses near the fruit cluster. The leaves often contort into twisted shapes. The rusty scabs then show up on the fruit as the disease spreads unchecked to the young fruit. These then develop into full scale scabbing of the apples, often rendering them inedible, though they are normally harvested!


There will also be evidence of affected leaves and small fruit dropping from the tree in mid - late summer. This is not the normal ‘fruit drop’ that occurs in early summer

The Apple Scab fungus spores overwinter on fallen leaf debris or even twig litter – a very good reason why winter apple pruning should be accompanied with careful removal of all pruned wood from the ground beneath the tree. Neither should the prunings be heaped nearby!

The developing (germinating) spores are then either carried by wind or rain splashes to areas of the tree above, where they turn into secondary spores on leaves, stems, flowers and then developing fruitlets.

Warm wet weather in late spring is vital for the spores to geminate, so damp humid spring weather is a danger sign. The fruit, leaves or flower stems have to be at least moist or wet for a minimum period of 9 hours continuous for the germination process. A dry spring will do much to reduce the incidence of Apple Scab.

The first line of defence which can do much to control the disease, is that of general cleanliness around the tree – especially in autumn with the clearance of all fallen debris. The debris should be burned not composted, though if they form a single layer on the compost heap, the addition of lime will normally kill off the spores.

Chemical treatment is very dependent upon timing. In particular, a general fungicide should be used as soon as the leaves start to break dormancy in spring – especially in damp weather.  This will prevent the first or primal infection stage. If the fungus takes hold at this stage, it is much more difficult to control at full leaf or developing fruit stage.

Copper fungicide seems to be as good as any, and is also considered safe in ‘organic’ terms. 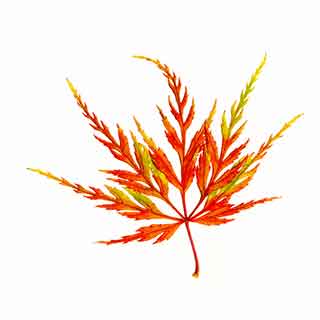